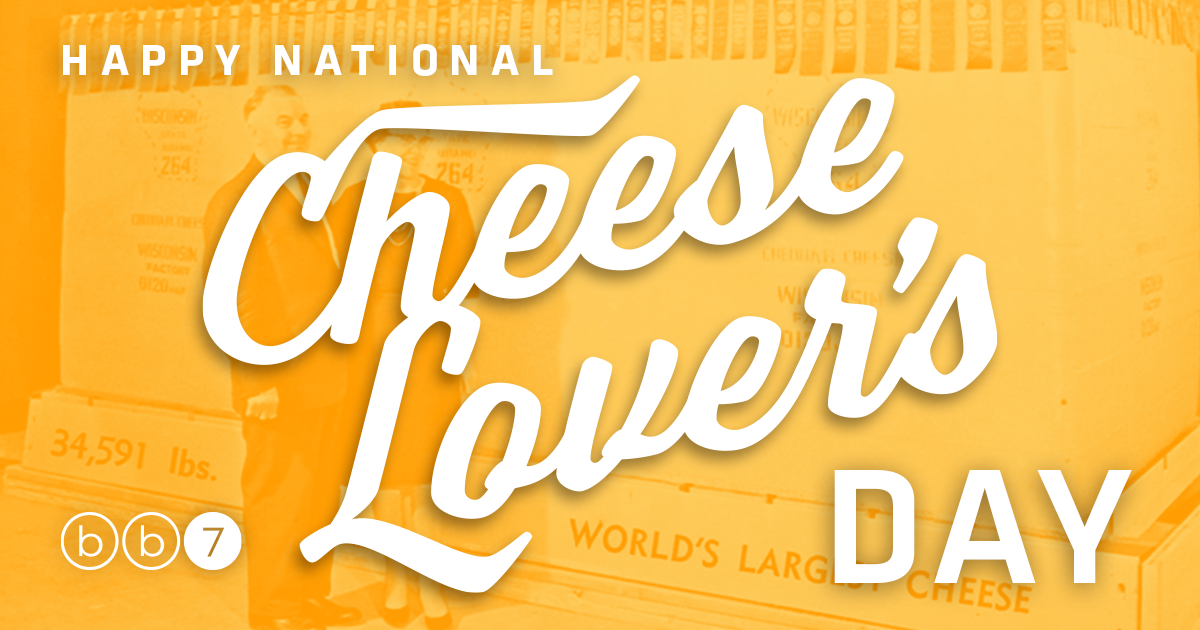 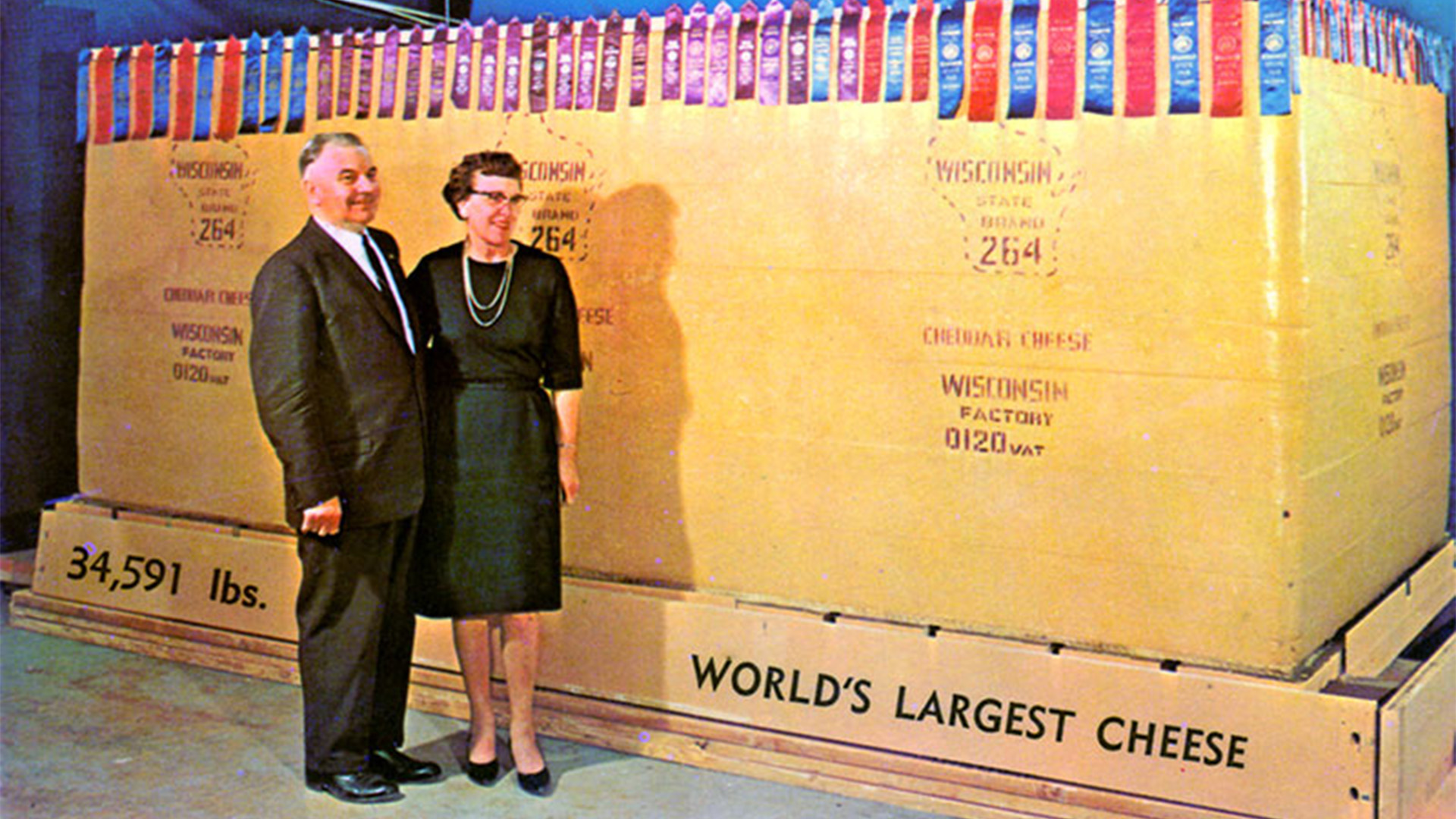 Happy National Cheese Lover’s Day! At bb7, we like to think big and being from Wisconsin we are typically thinking about cheese. There is nothing more Wisconsin than a 17-ton cheese platter! Did you know that in 1964 Steve Siudzinski, owner of Steve’s Cheese Factory in Denmark, WI (about 10 miles east of Green Bay), created the world’s largest block of cheese? 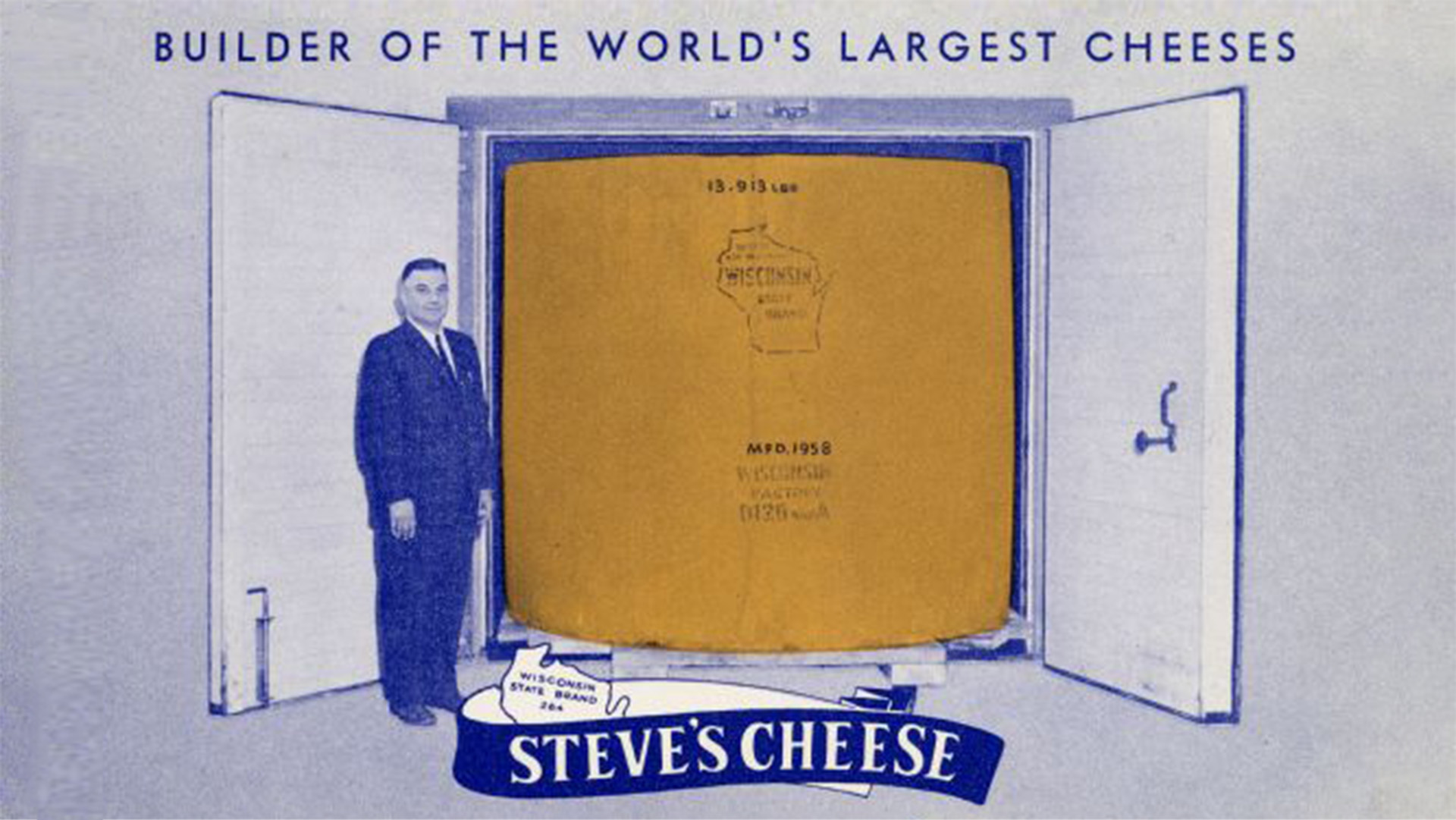 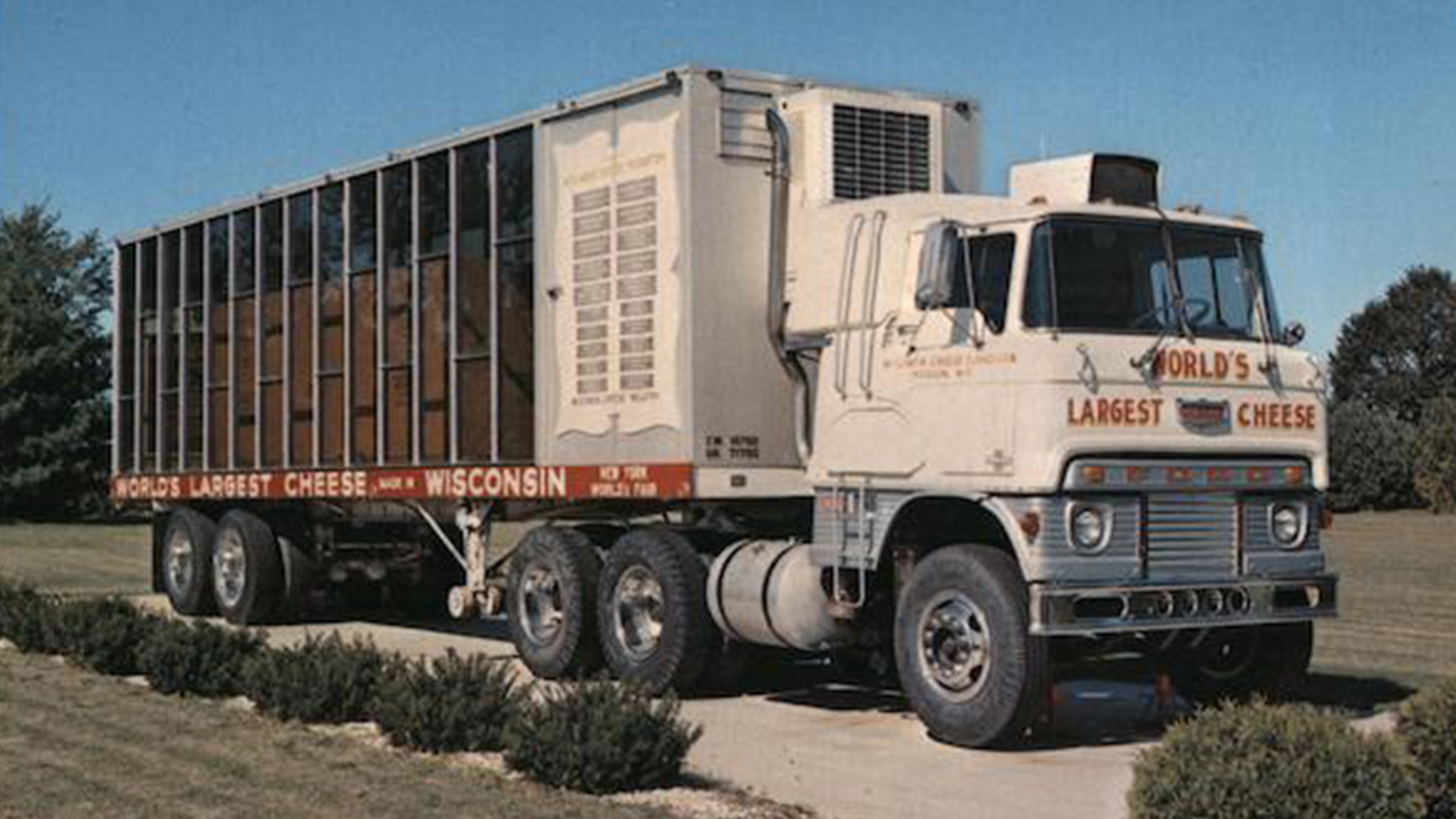 A 45-foot tractor trailer with a glass enclosure was custom made to haul the Big Cheese on a nationwide tour. First stop, New York World’s Fair in April of 1964. 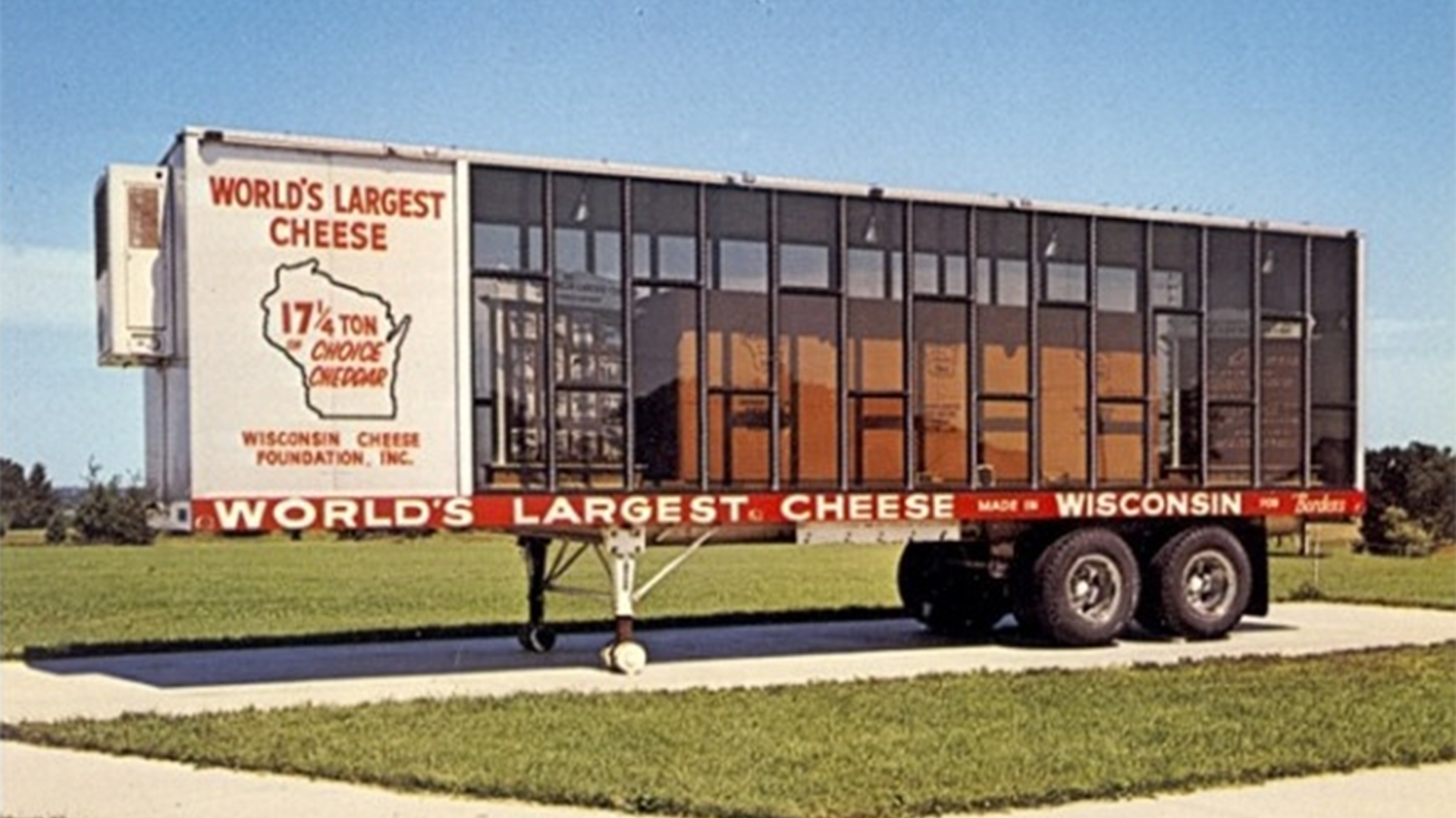 The cheese would be on display for almost 7 months at the NYWF. Then like all famous Cheese Tours, the Cheese of Prestige hit the road stopping at expos, fairs, and local shopping centers across the country, finally returning to New York World’s Fair in April 1965. It is estimated that over the 2 years at the fair, 24 million eyeballs gazed at this marvelous cheese-strocity. For more fun facts on the world’s largest cheese, head over to New York World’s Fair website.