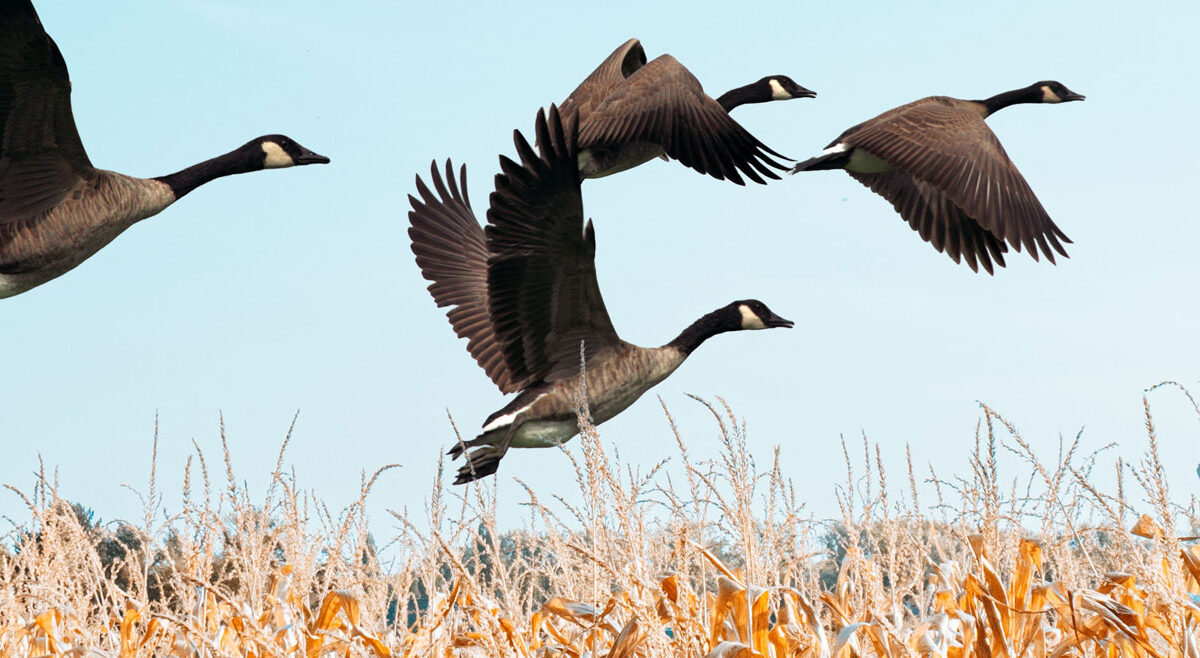 Autumn sees many birds flocking together to begin migrating south. The most noticeable (and noisiest) in Wisconsin are the flocks of Canada geese moving along the Mississippi Flyway. Flocks feeding in the cornfield stubble following the harvest are common sights around here. In Britain, grain spilled in harvest also feeds geese, though over there it’s the Greylag goose, ancestor to domestic geese, which gleans the grain stubble. The wild and domestic geese fattened on the spilled grain were popular entrees for British seasonal feasts such as Harvest Home, where the completion of the harvest was celebrated by a festive gathering of all who participated in the work, and sometimes the whole village, for food, drink, music, dancing and merriment.

Going back to medieval times and into the 20th century, September 29th known as Michaelmas, the feast day of the archangel Michael, was an important day in Britain and Ireland. It marked the official end of the harvest and was one the “quarter days”. The quarter days were four religious festivals, roughly three months apart, on which dates servants and farm-laborers were hired, civic officials assumed office, court and school terms started, and rents were due. A “stubble-goose” became the centerpiece of Michaelmas feasts and, near the turn of the 19th century, thousand-strong flocks of geese were herded into London to meet the demand.

Quarter days (and the cross-quarter days, such as Halloween, falling between them) were times when superstitious divination rites were performed. The custom of breaking a chicken “wishbone” for divination comes from the ancient Etruscans through the Romans and attached itself to the carcass of the Michaelmas goose. Weather prognostication was also common at these times (e.g. Groundhog Day aka Candlemas – a cross-quarter day). The goose wishbone was examined to determine the severity of the coming winter, with a dark bone indicating hard weather ahead. The turkey, a much larger bird, came to replace the goose for immigrants to North America, and some transferred the goose customs to the new bird and a different feast day (Thanksgiving). The weather prediction custom was never widespread here, but breaking the wishbone remains a common practice. In Britain, Michaelmas has lost much of its importance and goose dinners are now rare.

Call Us ‘Partner’: Why we want you to think of us as your Partner, not a Vendor.
bb7 Hot-Bot 7000 ACTIVATE!
Tech Center Capabilities Spotlight