150 out of 150 dental professionals agree

When Kerr invited us to collaborate on their line of LED curing wands, our first priority was to seek out the product’s end users. The 150 dentists and dental hygienists we interviewed all told us the same thing: they wanted a product that was easier to hold. Grips are like handshakes: no two are the same. It had to work for everyone.

Half the Weight, Twice the Performance

Our redesign halved the weight of the Demi Plus LED Curing Wand, while improving ergonomics and cleanability. While we were at it, we added a replaceable LED engine that could be removed to repair or upgrade the product.

Ultracapacitors to the Rescue!

The Kerr Demi Ultra LED curing wand is the first and only curing light to feature two ultracapacitors that recharge to full power in under 40 seconds. The ultracapacitors doubled the wand’s single charge uses, and never need to be replaced or serviced. Talk about a magic wand!

We developed a Visual Brand Language that carried through the Curing Wands’ design evolution from Demi, to Demi Plus, to Demi Ultra.

bb7 was tasked with improving this dental curing wand.

The Demi Plus has improved ergonomic comfort. Half the weight of its predecessor, it offers cutting-edge battery technology.

The third evolution is even lighter. Quick-charging ultracapacitors replace batteries, and the user has more control over the LED system. 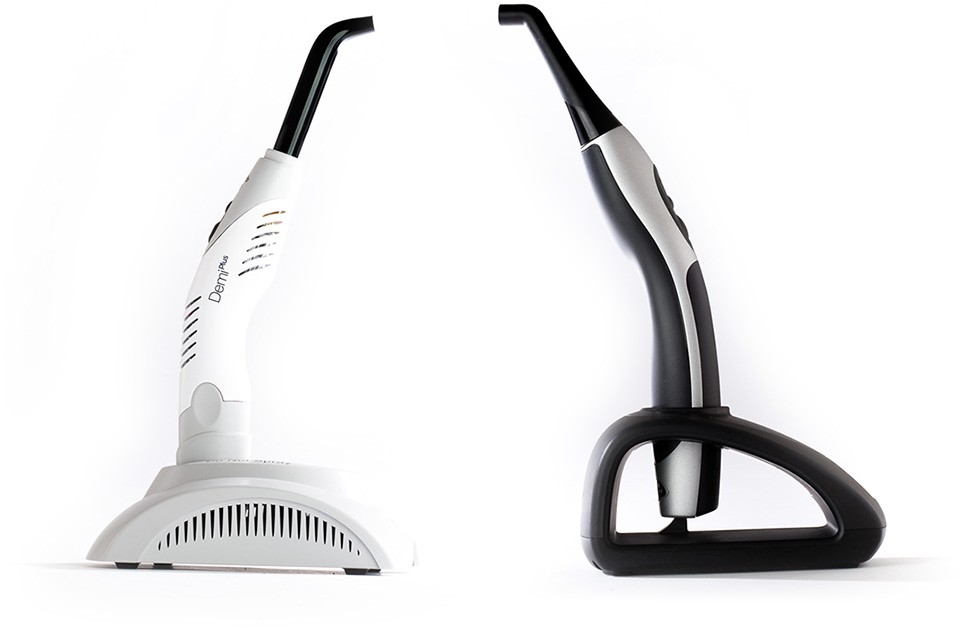 The Demi Plus (left) uses a battery that keeps its charge all day. The Demi Ultra (right) uses ultracapacitors which recharge in less than 40 seconds.

The Demi Ultra’s packaging is as sleek as the product.

As LED technology rapidly improves, the accessible location of the light engine means it can be upgraded easily.

Plus, the light is easily customized - users can change the angle, length and output of the LED.