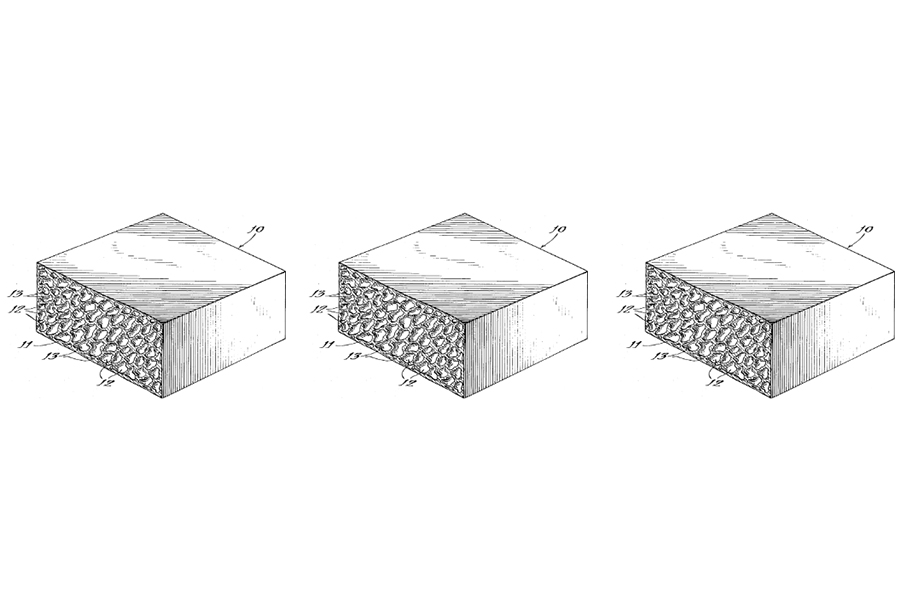 The great idea that almost changed the world

On our building tour, we have a strange looking block of metal. It’s aluminum but with an interesting texture to its surface. I like to make a show of lifting the block with difficulty and handing it to someone I’m showing around, and we laugh together as they experience its remarkable lightness. The surface is textured because the metal is foamed. It’s mostly empty space, but with about the same strength as bulk aluminum. The block weighs less than an equivalent volume of water!

One of the fun things about working for bb7 is our history. A predecessor of today’s bb7, Bjorksten Research Laboratories (they’re the first “b”) did basic research for hire on materials and processes beginning in the 1940s. As my spouse is a historian, I can’t help but consider some of the historical implications when I look through some of our old patents. Today’s post is one of those journeys.

On June 19, 1956, John C. Elliott, then a researcher at Bjorksten Research Laboratories, was granted patent US2,751,289A – Method of Producing Metal Foam. The patent describes mixing hydride salts into an aluminum compound before heating the mixture at 10 atmospheres to the point where the aluminum separates while the salts outgas. Upon cooling, one is left with a foamy mass of aluminum and trace metals from the salts.

The resulting mass is remarkable. It’s a closed-cell foam with a specific gravity less than 1, so it’ll float on water. Its high strength in tension, compression, and shear make it a great structural element. Why, then, is this sort of metal foam not ubiquitous today? The reason is both interesting and instructive.

Elliott filed for this patent on Oct 8, 1951 – about five years before it was granted. The late 40s and early 50s saw rapid innovation in materials. The Bjorksten metal foam lost in the marketplace of ideas because a better idea came out at about the same time. You see, a year after Elliott filed, on Sep 2, 1952, Theodore Pajak, at the Glenn L Martin Co (today part of Lockheed Martin), was awarded US2,609,068A – Metal Foil Honeycomb Core, and aerospace was never the same. Note that Pajak filed for his patent in 1949. These two inventions overlapped at the Patent Office.

The metal foams in Elliott’s patent needed to be created in a mold. The honeycomb from Pajak’s patent, also with remarkable strength to mass ratios, could be produced in a variety of sheet thicknesses and sizes. And so, honeycombs won. The great Air Force and Navy jets of the 70s and 80s – F-14, F-15 and F-16, were built around honeycombs and not foams.

Lest you worry that Elliott’s patent was a dead end, it wasn’t. Metal foams are still developed and used. US10,071,425 – Method For Fabricating Metal Foams Having Ligament Diameters Below One Micron, was awarded to Michael Birnkrant on Sep 11, 2018. The technology appears to be for use in gas turbine engines. The examiner for Birnkrant’s patent includes the Elliott patent in the list of citations in the award.

Aluminum and steel honeycombs took us to the Moon in NASA’s Apollo program. And our beloved block of aluminum foam sits on display here at bb7 awaiting the opportunity to delight people on our tours with its surprising lightness. 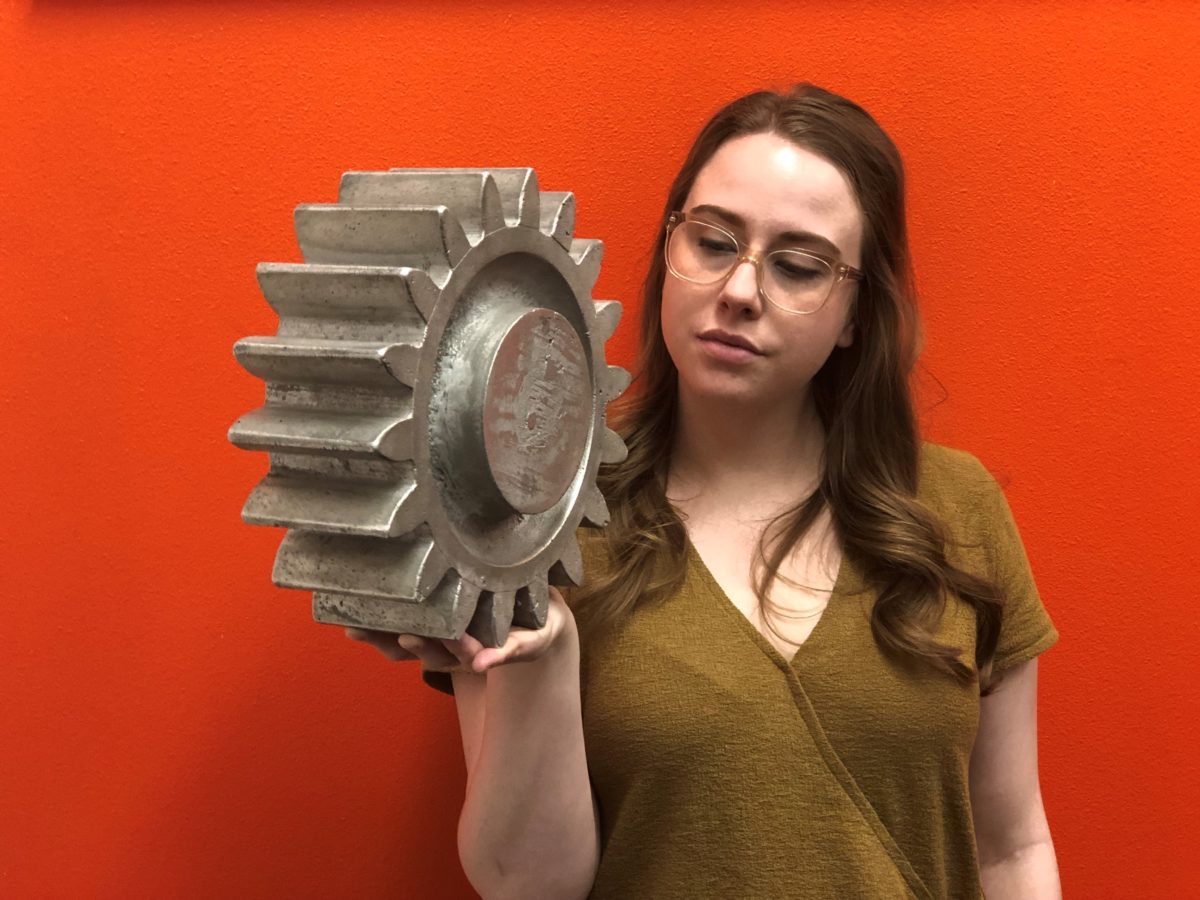 Bailey demonstrates the lightness of our foamed metal gear.

Call Us ‘Partner’: Why we want you to think of us as your Partner, not a Vendor.
bb7 Hot-Bot 7000 ACTIVATE!
Tech Center Capabilities Spotlight