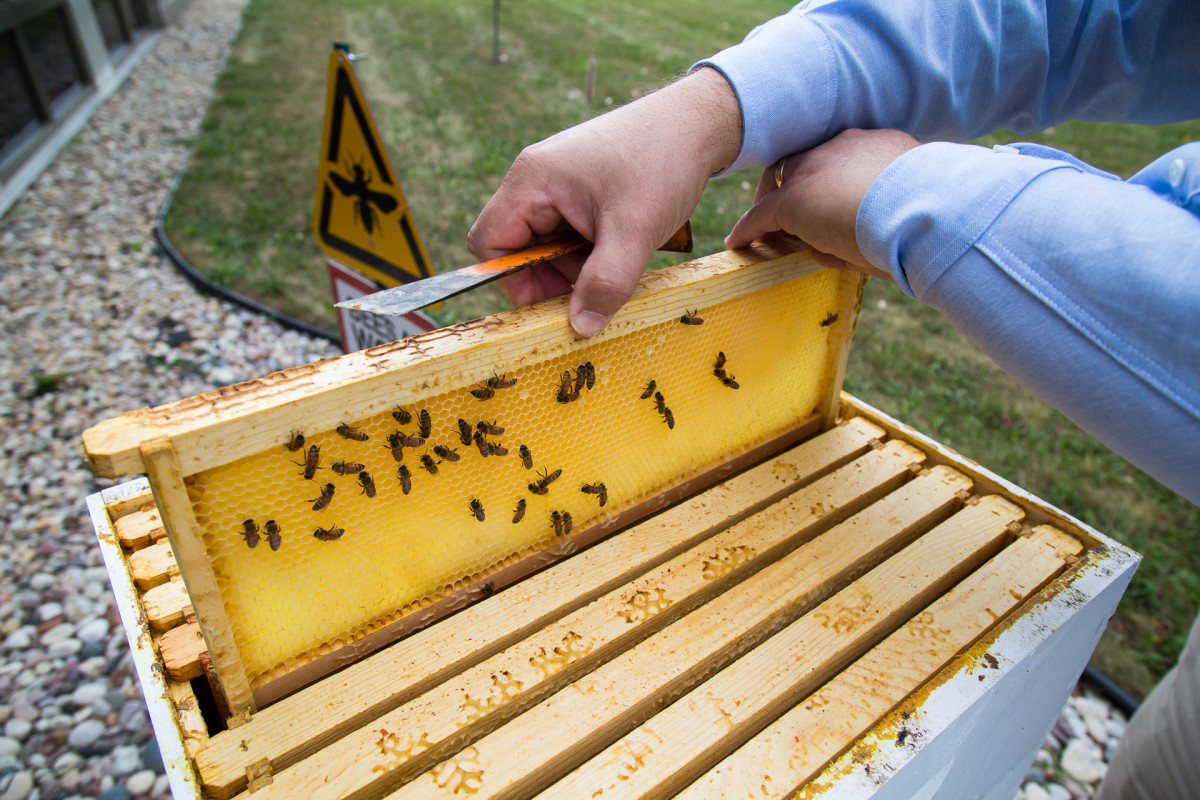 In 2013, bb7 adopted two beehives that have become a symbol of teamwork. Like the hives, bb7 buzzes with a group of organized and industrious team members. For several years, bb7 has given clients samples of honey and honey products. In 2014, bb7 partnered with a Madison-based Community Supported Brewery (CSB), House of Brews to develop a honey rye beer. In 2015, bb7 developed a wireless beehive monitor, WiHive. The beehive monitor enables bb7 to mind their beeswax: it allows web access to real-time data about bb7’s beehives – temperature, humidity and audio to start – with future plans for video and more. 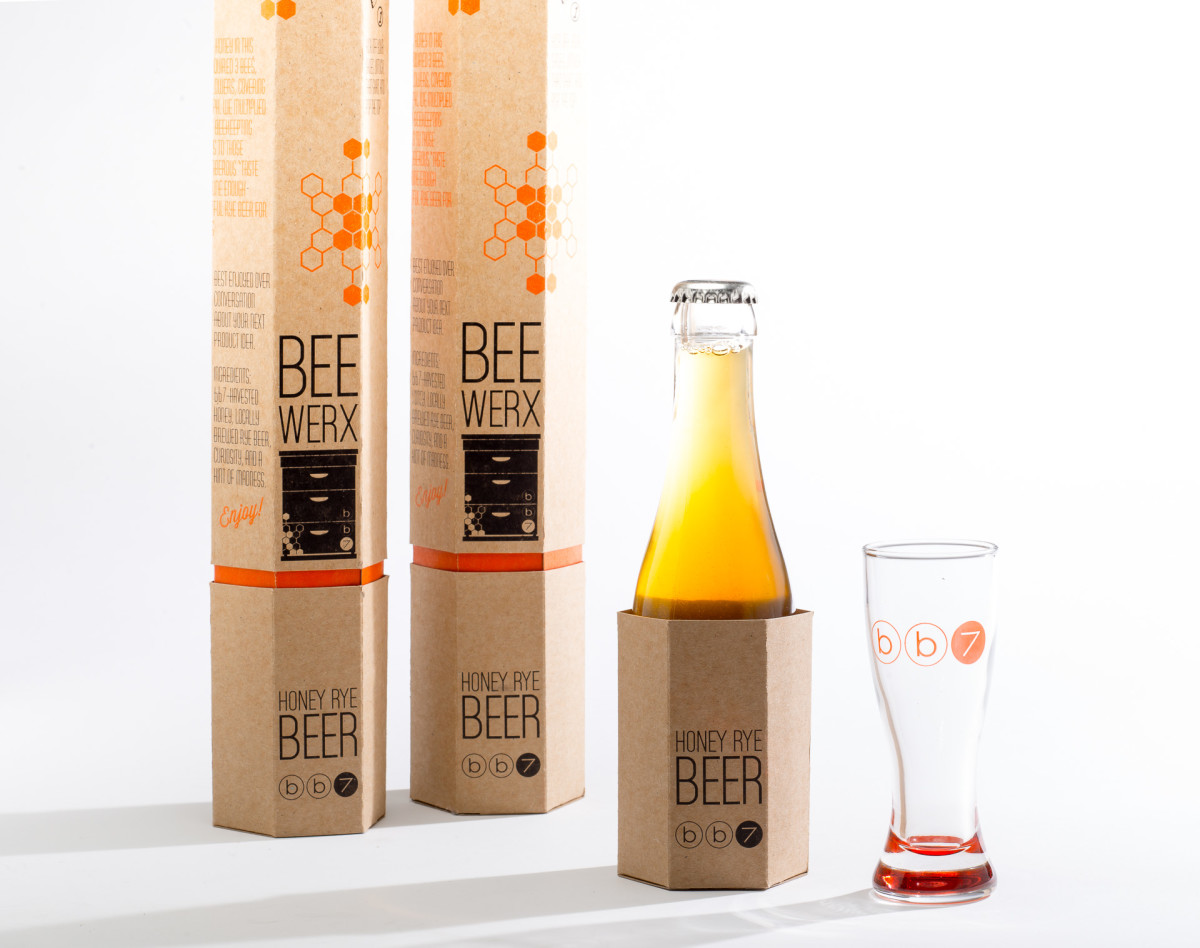 We use our bb7 honey regularly. We recently brewed a limited-edition honey rye beer.

“WiHive was a very successful venture for us. The project showcased our development skills particularly in the area of wireless development. The wireless beehive monitor was even featured on the Discovery Channel! We thought, ‘Let’s celebrate and toast to our success!’ In true bb7 style, we developed our own honey-flavored whiskey to do just that,” said Ben Paprocki, Co-President of bb7.

Dr. Bjorksten’s Magic Elixir is a white whiskey infused with honey from their on-campus beehives. The base is Central Standard’s White Whiskey which they describe as: “While not aged like its bourbon style brethren, this White Whiskey experiences short aging in an unused and uncharred oak barrel. The result is a clear oat whiskey featuring rich flavor with hearty notes of grain, creating a truly individual and artisan spirit of the highest standard.” bb7’s ‘whiskey team’ added 2% (by volume) of honey to give the libation its flavor; the entire batch required five gallons of bb7 honey. The liquor is packaged in small bottles that feature bb7 design. Limited edition bottles feature a special recipe for “Product Development Success.” 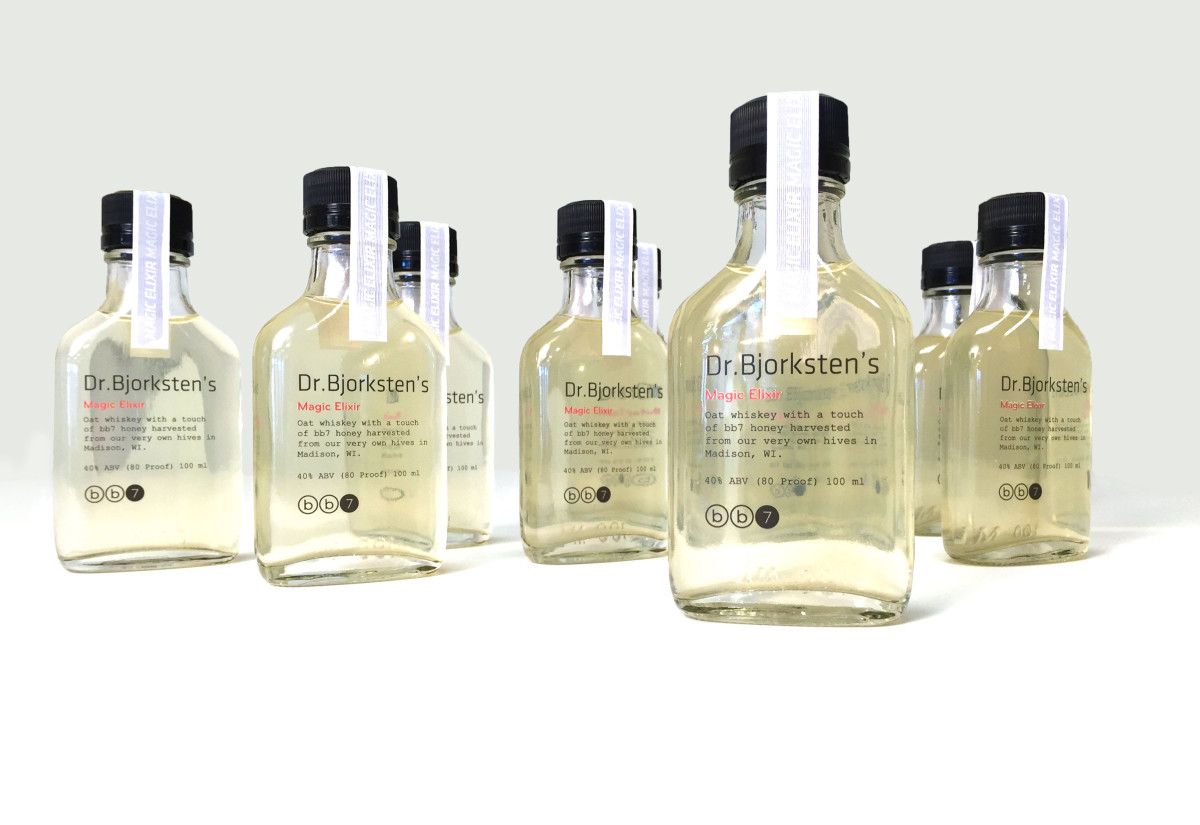 “We think Dr. Bjorksten would have appreciated our chemical experimentation to achieve a desirable flavor. It took five test batches and a statistically significant number of samplers to perfect the whiskey and we’d like to think he would have valued our scientific approach; perhaps he would have imbibed on the final product – in the name of science, of course,” said Melissa Kurtz, Director of Research & Development at bb7.

The limited edition Magic Elixir is only available to bb7 staff, clients, partners and visitors. “If you want a taste of the bb7 magic, we invite you to schedule a visit to our facility. You can sample our whiskey and get a taste of our unique approach to product development,” said Maggie Graham, bb7’s Marketing Manager.

About bb7: bb7 is a product development firm that has been providing fully developed solutions since 1944.

With talent and capabilities found nowhere else, we transform problems into profitable products. Our elite team of super-developers — from artists to rocket scientists — can tackle any problem, launch your products (into space if you want) and guide you to brand dominance. Our teams have worked on subatomic particle research equipment in Antarctica, integrated Nobel Prize-winning technology into a medical device, resurrected an iconic machine that hadn’t been re-designed since the Kennedy administration and so much more.