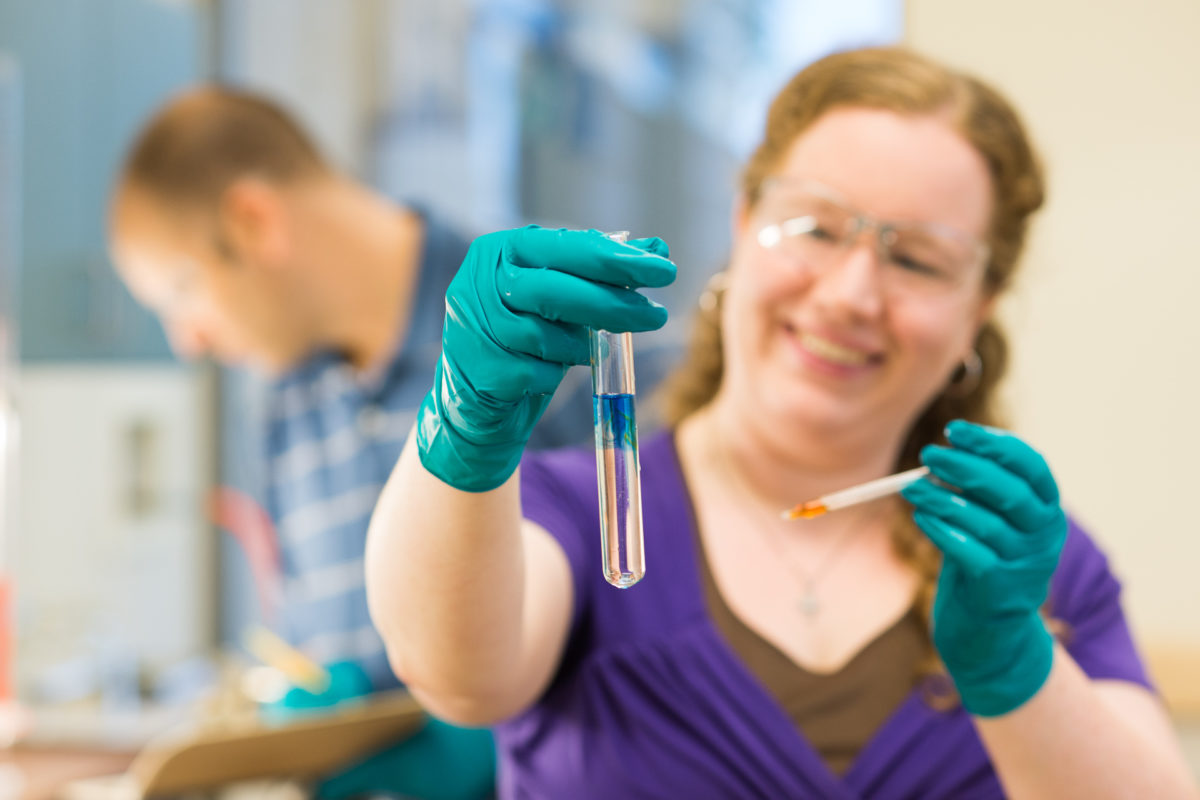 International Women in Engineering Day Series – Part II: How I Found My Way to Engineering

“But that seems like such a guy job!” was my first response to the career aptitude test result that dared to suggest Biomedical Engineering as a career. Throughout high school, I had been fairly certain that a career in the medical field was for me. But, as my first semester of college ended, I was restless and uncertain. Was Optometry really my calling? What about a Physician’s Assistant? They were good careers, certainly, but they didn’t quite fit me.  So, like a true millennial, I figured that my answer had to be found in an online quiz, and thus the offending test result.

Reluctantly, I started to read the job description, and something just clicked. Everything seemed to match what I wanted in a career.

Oddly, up until that point engineering hadn’t really occurred to me.  My dad’s an electrical engineer, so I was familiar with engineering, but for some reason I had never seen it as something that I should do.  Sure, I had enjoyed learning how things worked and solving problems, but I hadn’t made the connection that those skills would make me a good engineer.

I think there were several things contributing to this personal blind spot. An infatuation with a career in medicine had distracted me. Perhaps a lack of engineering opportunities, like a robotics club or coding class, delayed my examination of the career. But honestly, the largest issue contributing to my denial was the inability to reconcile my self-image with my image of the stereotypical engineer.

Those two personas just didn’t overlay. I wasn’t a middle-aged white guy with a pocket protector. That wasn’t me.

That is, until the fateful day that an online career aptitude test broke through my assumptions screaming, “Look At This! I don’t care that you’re a girl! You would be great at this!”

That test result was the catalyst that set my whole career in motion. Within a few weeks I had rearranged my class schedule to an engineering track, and I never looked back. In the early days, I still worried about being accepted in a male dominated field, but it’s turned out to be mostly a non-issue for me. Five years into my career, I will say that I have far more in common with my colleagues than I have differences. We are all just problem-solving nerds working together to improve the world that we all live in.

I’m not saying that there are not challenges facing professional women. However, I think the way those challenges are discussed, and the amount of coverage given to negative stories, has given young women a skewed view of what to expect. It’s important to celebrate productive, inclusive workplace environments as much as we point out problems and challenges. I love being an engineer, and it makes me sad to think about how close I came to missing out on a career in engineering for such a ridiculous reason. I worry about young women that are choosing to avoid the engineering field because they are worried they won’t fit in.

If you are a young woman considering engineering, never let gender be a deciding factor in choosing your career. Honor your talents, and don’t be afraid to chase after a career that you would be great at.

If you have a young woman in your life that shows an aptitude for engineering, don’t be shy about suggesting it as a career. Believe me, having an outside source tell that young woman that engineering is an option can be life-changing.